Client wanted a new garage to replace the old dilapidated garage that was on the property. Preparing for the new build required Demolition of the old garage, a gazebo and a lot of concrete sidewalk. The old garage was built parallel to the public lane, however we wanted the overhead door to face the lane. In doing so, it made it tight for access into the garage. The option of a greater width Overhead door was chosen so that now instead of 16’ of opening, there was now 18’ of opening. This small increase made access in and out of the Garage much easier. The new location of the garage also meant the client gained rear yard space that was virtually non­existent in its former layout.

The next year the clients called me back to discuss a Facelift for the exterior of the house. It was dated and did not show symmetry or curb appeal. We added a new window to the front wall and a new Front Entry door. The Siding and old stucco was removed and replaced with new fresh Stucco that was tinted, updating the house. New shingles, soffit and fascia as well as Eaves trough. New Siding in the Gables of the house, now the house looked good, gained back its curb appeal and By adding the window to the front wall it gained symmetry which it did not have before. The Clients also chose to replace the front sidewalk, except this time added a curve which gave some dimension as you approached the front door. Pictures before and after can be found in the project tab of our website.

The following year, their neighbour contacted us from their referral. She had seen all of the work being completed and was encouraged by the ease of process from her neighbours.

The same issues however a few more obstacles made this job challenging. On the property was an old, very small single car garage with an attached carport. Both the carport and garage were leaning due to age; access was difficult due to location and the width of the single car garage. It had been taken over by squirrels, which now caused concern because of the vehicle being parked inside. There was a deck that was built incorrectly so it moved with the seasons causing the Rear Entrance door to bind on the decking. It had poorly built stairs that did not conform to the layout of the yard. The front steps needed addressing as the concrete was spalling and creating a mess as well as a sidewalk that was cracked and heaved.

We used digital CAD drawings to design the new garage at the rear, showing all relevant information such as setback from property lines, setback to the public lane (approach) as well as showing visually what the new build would look like on a site drawing. Competitors use pen and ruler, which can make drawing messy and sometimes illegible due to handwriting. We went back and forth with emails, phone calls and site visits and came upon the final layout and design, which the customer approved. We removed fencing, demolished the old single car garage and carport. Removed the deck, rebuilding a new staircase with railing. For the front steps we chose to clad with Pressure treated wood. Front sidewalk was removed and repoured with a curve from the city sidewalk to the front steps. 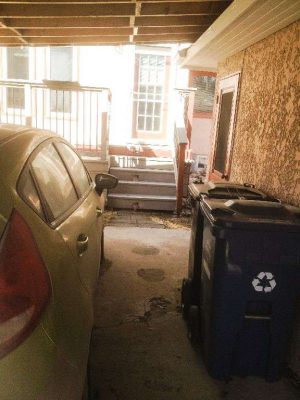 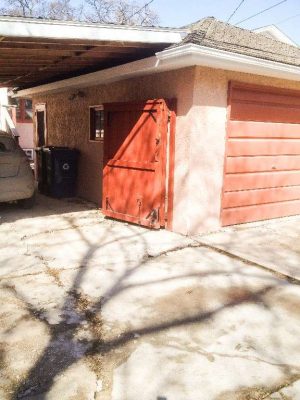 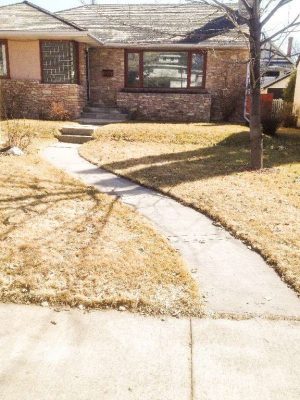 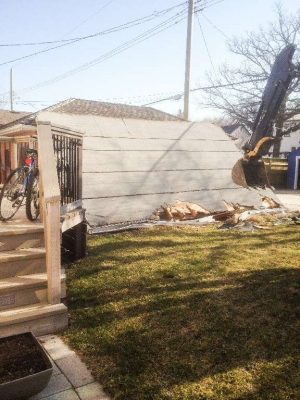 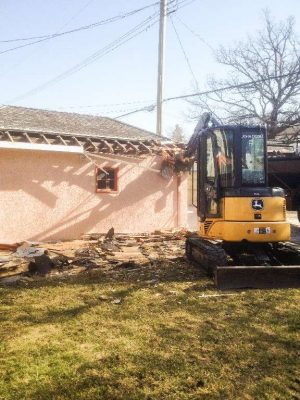 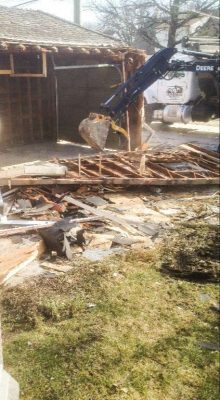 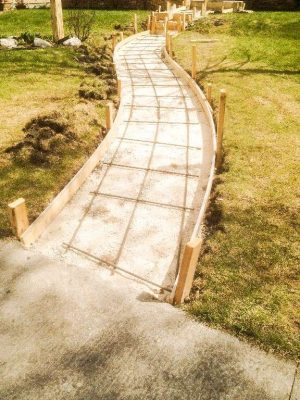 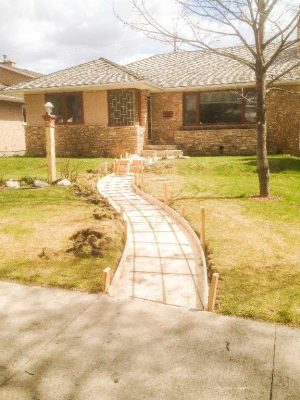 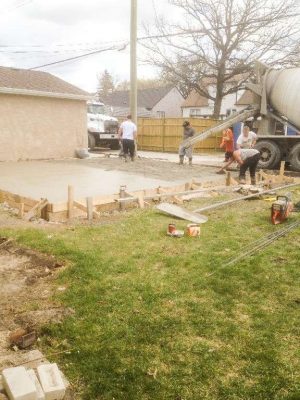 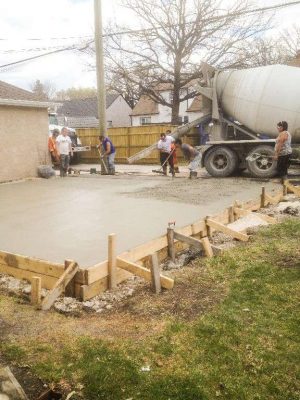 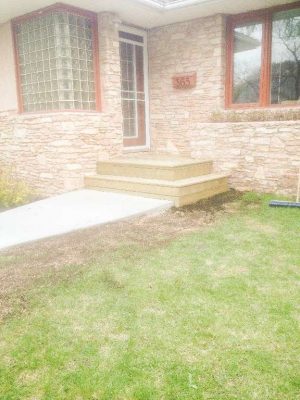 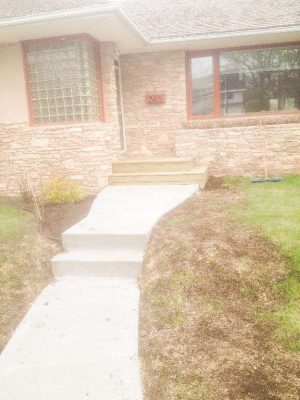 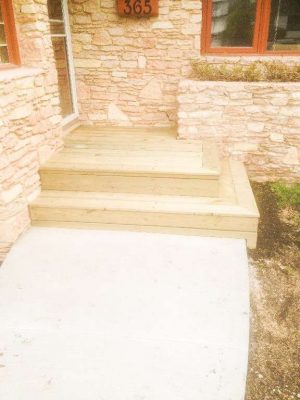 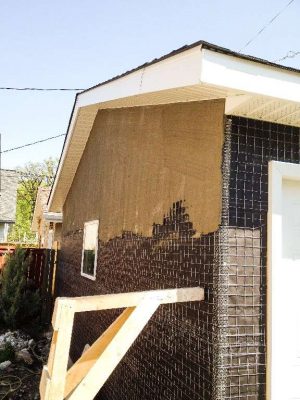 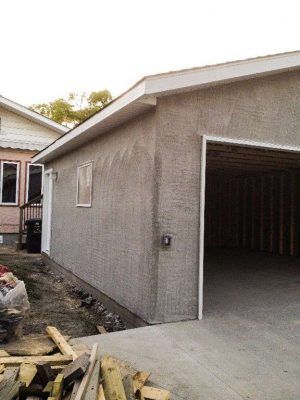 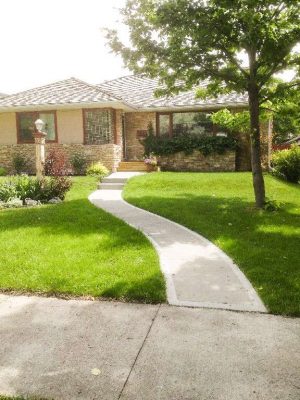 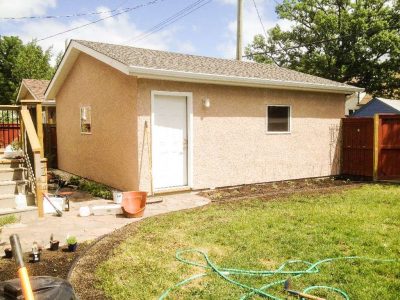 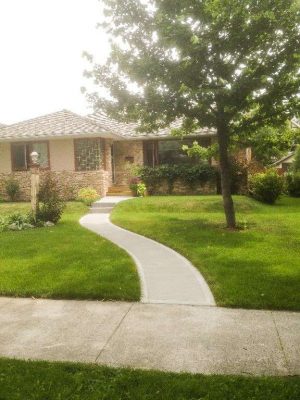 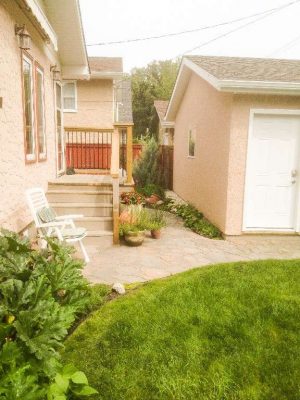 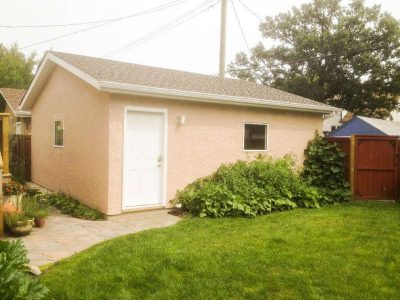 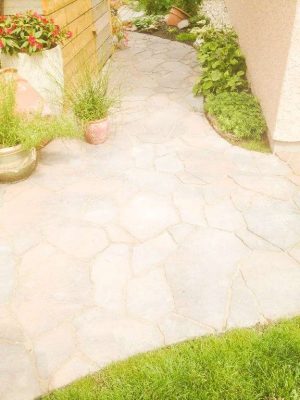 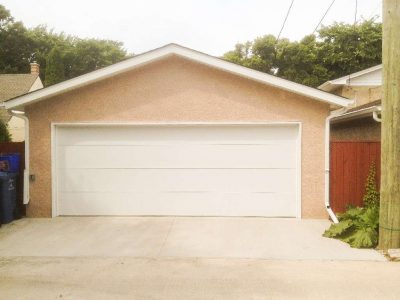